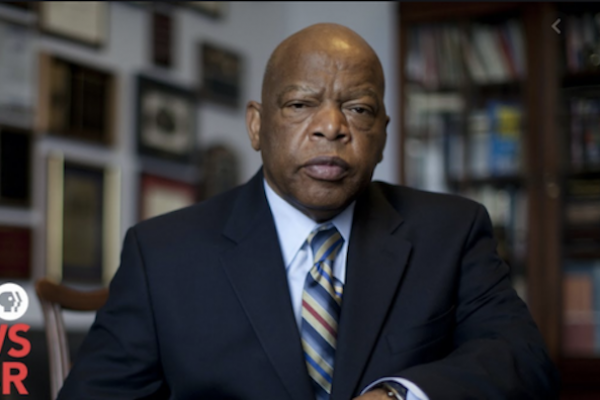 "Many worry that calls to make political discourse more civil and substantive are, at best, naive and complacent. At worst, they abet a fundamentally broken system. Ongoing protests highlight the ways in which urgent injustices that motivated the civil rights movement remain urgent. Done well, however, disruption and deliberation can work together. Perhaps no American better embodied this creative tension than the late John Lewis. After enduring the dogs and night-sticks, he stood for a seat in Congress. He earned the respect of even his political opponents by living out the moral courage necessary to keep faith with those whom we regard as deeply misguided. On the day of his funeral, we pledge to honor his memory, by struggling to reform our political discourse toward a democratic community rooted in justice, equality, and mutual understanding."